Yet the limits on how long people can go without eating are complicated; without water people are unlikely to last a week, but the amount of time starvation takes can vary drastically.

There’s limited documentation of Barbieri’s fast: there are a few old newspaper stories recounting his ordeal and more convincingly, there’s a case report describing the experience that his doctors published in the Postgraduate Medical Journal in 1973.

According to that report, Barbieri had walked into the University Department of Medicine at the Royal Infirmary of Dundee, Scotland, more than a year before, looking for help. He was “grossly obese” at the time, according to his doctors, weighing 456 pounds. The doctors put him on a short fast, thinking it would help him lose some weight, though they didn’t expect him to keep it off.

But as days without food turned into weeks, Barbieri felt eager to continue the program. Absurd and risky as his goal sounded — fasts over 40 days were and still are considered dangerous — he wanted to reach his “ideal weight,” 180 pounds. So he kept going.

In what was a surprise to his doctors, he lived his daily life mostly from home during the fast, coming into the hospital for frequent checkups and overnight stays. Regular blood-sugar tests — intended to demonstrate that he was somehow able to function while very hypoglycemic — assured doctors that he really wasn’t eating. Weeks turned into months.

Barbieri took vitamins on various occasions throughout the fast, including potassium and sodium supplements. He was allowed to drink coffee, tea, and sparkling water, all of which are naturally calorie-free. He said there was the occasional time that he’d have a touch of sugar or milk in tea, especially in his final few weeks of fasting.

At the end of his ordeal, Barbieri tipped the scales at 180. Five years later, he’d still kept almost all the weight he’d lost off, weighing in at 196. 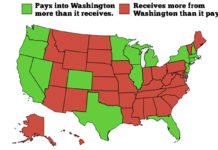 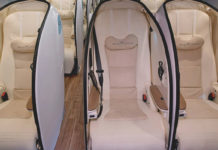